Matabeleland Must Lead Resistance Against Mnangagwa 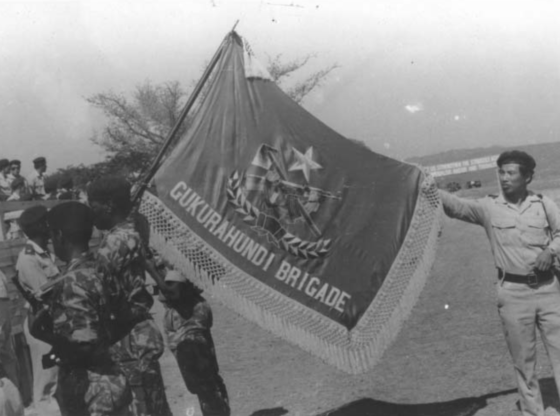 With the upcoming elections, Zimbabweans must do everything to deny the unconstitutional, illegitimate Mnangagwa-Chiwenga military dictatorship the legitimacy it seeks by depriving it of the electoral victory it desperately needs.

To accomplish this, there needs to be resistance and mass mobilization against a rigged system starting with the already rigged military-run elections which, from all indications, will not be free and fair.

Also, there needs to be a counter-coup by the people to restore normalcy and sensible, democratic civilian rule.  This can be done either through the ballot box or mass resistance if Zimbabweans are to take back their country from being governed by the barrel of a gun.

Matabeleland province, known for its resistance movements and political activism should lead the charge because of its unique position as both a victim and target of the Gukurahundi atrocities of the ‘80s which Mnangagwa was chief architect.

Not only did Mnangagwa preside over the massacres, him and his co-coup-plotter Gen. Constantino Chiwenga were perpetrators of those atrocities where thousands of Matabelelanders including women were raped, tortured and murdered.

Another province, the Midlands, which also experienced brutal massacres at the hands of the army-led clampdown should join arms with Matabeleland in resisting Mnangagwa.  Without support from these two provinces, the illegitimate and unconstitutional military government will not survive.

When it comes to presidential politics, Matabeleland is a key province in the Zimbabwean electoral map.  Without its backing, it’s almost near impossible for any aspiring presidential candidate to emerge as the leader of the country, a fact which the usurpers-in-arms – Emmerson Mnangagwa and the General – are fully aware of.

Furthermore, Mnangagwa and his illegitimate government need Matabeleland and its votes to legitimize his unconstitutional rule more than the province and its politically-active people need them.

Without Matabeleland as well as the full backing of Midlands and Manicaland provinces, Mnangagwa can never be the legitimate President of Zimbabwe, the sole status he so desperately desires.

Resisting Mnangagwa is a charge that only the people of Matabeleland are ready for and should assume with the ultimate goal of denying his government the legitimacy it seeks.

Not only is the unlikeable Mnangagwa the most hated and most divisive political figure in Zimbabwe, the man created a new record when he succeeded in the further polarization of the country along tribal lines in less than 90-days in office.

In addition to his unlikeability and divisiveness, people don’t trust him.  There is deep seated anger and resentment, with tensions at an all-time high.  Threats of violence and bloody counter-coup are growing together with talks of civil war have turned Zimbabwe into a keg that is ready to explode at any given time if further mishandled.

This is something that should not be dismissed or taken lightly.

The only way to stop the country’s speedy downward spiral to full-fledged militocracy and militarization of the state is to shake the system through mass resistance and eventually bring down the unconstitutional military-dictatoship now ruling Zimbabwe.

The upcoming general elections are scheduled to be held between July 23 and August 21 this year but Mnangagwa has indicated an interest in pushing them much earlier than stated.  However, with his proven record of being a constitutional renegade, it remains unclear if he will once again defy the Constitution and run roughshod over the electoral process in his desperation to be legitimized.