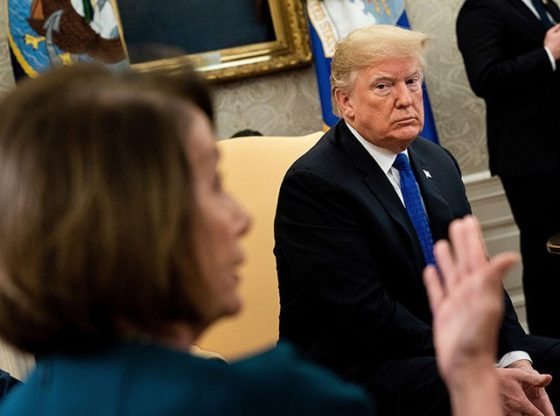 President Trump sent a scathing six-page letter to House Speaker Nancy Pelosi on Tuesday, on the eve of the House impeachment vote slamming her for leading what he called a :libelous and vicious crusade” against him.

Trump then warned the Speaker.

“Any member of Congress who votes in support of impeachment against every shred of truth, fact, evidence and legal principle is showing how deeply they revule the voters and how truly they detest America’s Constitutional order.  Our Founders feared the tribalization of partisan politics and you are bringing their worst fears to life,” he wrote.

The House is expected to vote on two Articles of Impeachment against him on charges of  ‘Abuse of Power’ and ‘Obstruction of Congress’ on Wednesday.  It impeaches, as all indications show a forgone conclusion because Democrats control the Congress, then President Trump will be the third U.S. President in history to be impeached.

After the vote, the next step would be a formal trial in the Senate where he is expected to be acquitted because Republicans control the Upper House Chamber.

in that letter, President Trump warned Pelosi that if the Democrat-controlled House vote to impeach him, they will pay dearly at the polls in the next coming election in 2020. Although he cannot avoid something that even he seen as a foregone conclusion, Trump thinks this whole thing is unfair to him and views impeachment as a stain on his presidency, and justifiably so.