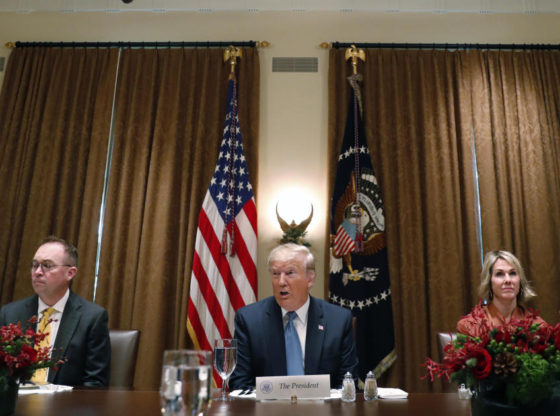 As the United States assumed the Presidency of the UN Security Council this month, President Trump took the opportunity to tout his international influence by hosting a luncheon for Permanent Representatives of the Security Council at the White House on Thursday, less than 24-hours after his return from the NATO summit in London.

The luncheon took place at a tense moment in the country amidst the democrats-driven impeachment euphoria and barely hours after Speaker Nancy Pelosi called for the drafting of Articles of Impeachment against him.

Asked whether he was concerned about the impeaching “staining” his legacy, President Trump responded with an emphatic “No” and ‘It’s a hoax.”

Despite the unfolding political drama in Washington, Trump’s spirit was not dampened as he discussed trade, security and NATO defence with the UN Diplomats at The White House.  While he praised Representatives from countries who were part of the “Two Percenters” he also spoke of possible trade action against those who were delinquent and still unable to meet their 2% contribution threshold on the alliance’s defence and burden-sharing.