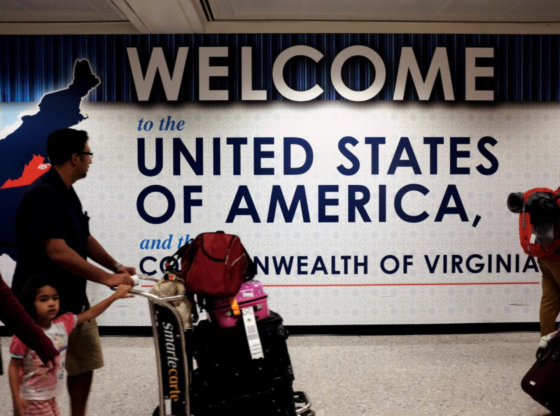 In one of President Trump’s key security enhancements on “extreme vetting”, the State Department recently announced a new rule that would require all visa applicants to the United States to provide or turn over 5 years of their social media history.

The proposed new rule requires all prospective visitors and immigrants to the U.S. to include in their Visa Applications current and previous phone numbers and email addresses, usernames for social media platforms like Facebook, Twitter and Instagram as well as provide all international travel within the last 5 years.

“Maintaining robust screening standards for visa applicants is a dynamic practice that must adapt to emerging threats.  Collecting this additional information from visa applications will strengthen our process for vetting these applications and confirming their identity.” read a statement from the State Department.

The changes aimed at strengthening weaker immigration laws and making it difficult to enter into the United States will impact anyone applying for tourist, student and business visa.  An estimated 14.7 million applicants will be affected by this proposal, including those applying for Permanent Residency.

As of last May, “extreme vetting” was already underway in some U.S. Missions and Consulates around the globe. In addition to previous Passport numbers, personal information, employment and travel history, officials were already requesting for detailed information on family members and places of residence for the past 15 years of applicants.

These proposals are seen as necessary to help identify potential extremists intending to come into the country.  Calls for social media scrutiny grew after the San Bernardino Shootings of 2015 which claimed 14 lives.   Officials have pointed out how they missed clues and warning signs in the perpetrators’ exchanges on social platforms.

The tough proposals are also a response to President Trump’s call for “extreme vetting” of all foreigners entering the United States to prevent terrorism.

The Administration expects the move to affect nearly 15 million would-be immigrants to the United States, according to the documents. That would include applicants for legal permanent residency. for diplomatic and official visas, the State Department said.

The information which will be used to verify anyone seeking entry into the U.S. through immigrant and non-immigrant visas will apply to everyone except citizens from countries that are exempt from visa applications such as Canada, UK, Germany and France.

Also exempted from this process are diplomatic and official visas, the State Department said.