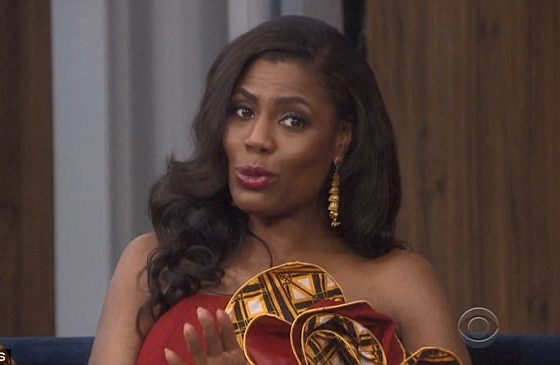 Former White House aide Omarosa Manigault-Newman on Monday took aim at Vice President Mike Pence during CBS’ Celebrity Big Brother.  She sounded a warning that the Vice President is a religious extremist who is worse than President Trump should he take over.

“Can I just say this? As bad as y’all think Trump is, you would be worried about Pence, I will tell you” Manigault-Newman advised other housemates.  Her statements were seen as a warning to those wishing for President Trump’s impeachment saying, the Vice President is “worse than” Trump.

“Everybody that’s wishing for impeachment might want to reconsider their life.  We would be begging for days of Trump if Pence became President, that’s all I’m saying,” adding, “He’s extreme.”

Truth, or gameplay? @OMAROSA reveals jaw-dropping details from her time inside the White House tonight. Tune in to #BBCeleb at 8/7c, or stream it live with CBS All Access: https://t.co/HVm9HNeMLQ pic.twitter.com/hC84F8QAOP

Omarosa then appeared to mock Pence’s belief that “Jesus Christ speaks to him,” telling him what to say.

“I’m a Christian, I love Jesus, but he thinks Jesus tells him to say things,” adding, “I’m like, ‘Jesus didn’t say that,’ Scary,” she said.

Although Omarosa is now herself an ordained Minister, the statement that Pence is a religious extremist whose views she finds “scary” and is dangerous for the country shocked her housemates, viewers, the nation and most importantly, the White House.

Her views also seem to confirm what has been reported before about President Trump’s continued mockery of his Vice President’s views who, by all means, is considered an unrepentant hardcore Conservative Christian and a religious extremist.

Because of his views on LGBT Rights and abortion, Trump once joked that Pence “wants to hang” all gay people, a view that many are starting to take seriously.

Ever since it was revealed that the former Apprentice Star, TV Personality and former Communications Director for the White House Office of Public Liaison would be in the Big Brother House, it became a race to watch the reality show because of an expectation that Omarosa would spill some beans as revenge for the manner in which she was dismissed.

Last week on Celebrity Big Brother, the willy and strategically brilliant Omarosa did not disappoint.  She threw the first bombshell by revealing that the situation inside the White House was “so bad,” adding, “it’s going to not be OK” for the nation.

She also revealed how during her time at the White House she was haunted by President Trump’s tweets saying, “I was haunted by tweets every single day, like what is he going to tweet next?”

When she tried to intervene and become that voice of reason, Omarosa claimed it was then that she became a victim of vicious attacks in the White House.  As a result, she was ostracized by those close to the President.

“I tried to be that person and then all the other people around him attacked me. It was like, keep her away.  Don’t giver access.  Don’t let her talk to him,” in reference to the close circle around the President.

The once self-proclaimed “Trumplican” Omarosa also revealed on air that she “would never vote for him again in a million years.”

As long as Omarosa to remains in the Big Brother House and continues to talk of the Palace intrigue, the spotlight will remain on her as ratings for the show continue to rise.