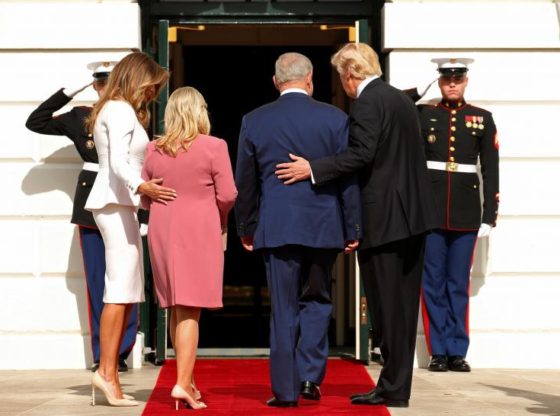 The President and First Lady will be accompanied by senior Administration officials, a contingent of business leaders and the press corp.

The 9-day five-stop foreign trip will take them to the Middle East and Europe with stops in Saudi Arabia, Israel, Rome, Brussels and Sicily.

The Trumps are scheduled to depart on Friday and return to Washington on May 27.

The first stop is Riyadh where the President is scheduled to meet with 50 Sunni Arab leaders for a conference and engagement in peace, security, investment and other related issues. From there, the President will head to Israel.

While in the region, President Trump will take the time to visit some of the historic sites.

From the Middle East, the President and his entourage will head to Rome where he is scheduled to have an audience with the Pope and then to Sicily to attend a G7 summit. They will also make a stop in Brussels where Trump will attend a NATO summit.

“I am very excited for the upcoming trip,” said the First Lady in a statement.

“This will not just be an opportunity to support my husband as he works on important matters of national security and foreign relations, it will also be my honor to visit and speak with women and children from different countries, with different perspectives.”

While First Lady Melania Trump all accompany the President, she is expected to engage in her own events during the 8-day five-stop trip.

She will attend spousal programs at the NATO and G-7 Summits and is expected to deliver remarks to the U.S. military forces personnel and families in Italy.

The White House has not released the full itinerary or schedule of the trip.

The First Lady has engaged in separate events on her own at the White House on Mothers’ Day, hosting military families and spouses, other First Ladies, kids and visiting schools among others.