Great Week For Trump Despite The Shadow Of Impeachment 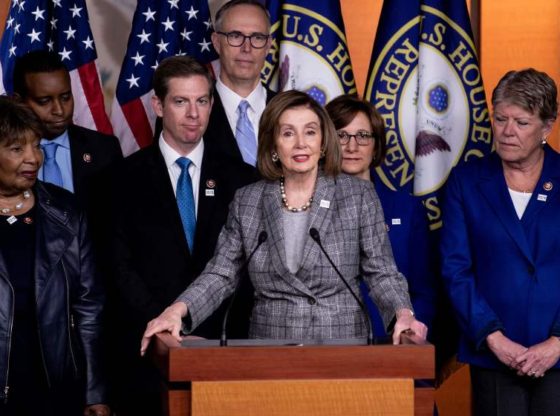 This past week was a fascinating one and the best so far for President Trump.  In fact, the past few weeks can best be described as having been the best for his entire presidency.

Despite the saturated wall-to-wall coverage of two duelling narratives that dominated the news and both of which had everything to do with President Trump, the week ended on a positively high note for him with a blockbuster economy and improvement in his overall ratings approval.

Two stories that dominated coverage last week were the release of the Department of Justice Inspector General FISA Report on Monday and the impeachment hearings that were underway.  While both narratives may be viewed as individually different, they are not. They are in every essence very related and all have to do with President Trump.

Those same duelling narratives were central in the saturation of the entire media coverage which helped drove that agenda.  Somehow, they inadvertently exposed how President Trump, first as a candidate and then later as the President has always been the target of a sinister plot.

The first narrative was the release of theIG’s FISA Report on Monday with the hearing from the Inspector General following thereafter on Tuesday. The second was the House Judiciary Committee’s impeachment hearings with on Wednesday through to Friday.

For those unfamiliar with the duality of these narratives, one of these, the FISA case, has been supported, approved and even defended by Democrats since it was first exposed in 2018. It only came into light during the Russia Collusion hoax when it was exposed that Trump and his campaign had been targets of multiple FBI investigations going back to the 2016 election campaign and has continued into his presidency.

While the newly released FISA Report outlined extensive abuses of power by the FBI where Trump was the victim, it should be remembered that Democrats still vehemently defended that report regardless of its indictment. Yet, at the same time,  you had the still ongoing impeachment proceedings where the same Democrats who defended and supported the FISA process which targeted then candidate and later President Trump,  are now leading the same process seeking to remove him from office citing “abuse of power” as the reason.  How the irony of it all is not lost.

In any case and that notwithstanding, the week that started on a very tense note ended up on a very positive one. Both the impeachment process and FISA Report exposed what this whole thing of trying to remove President Trump from office is all about.  They can now see this for what it is.

The report which is a damning indictments of both Democrats and the FBI exposed how candidate Trump was a victim of a sinister plot during the 2016 campaign and later as the seating President of The United States became a target marked for impeachment from day one.

Within the same week, people also learnt how the FBI spied on the Trump campaign by infiltrating it through spies.  This was done through the use of “confidential informants” or  “confidential human sources” (CIs) who wore wire tapes and recorded conversations of senior campaign officials. In other cases, instead of “wire tapes” they were monitored live.

In a way, the duelling narrative have so brilliantly managed to pull the veil of political deceit to expose how these two processes currently in play have  all been about the same target: Donald Trump and to search for a crime to use as justification to finally “yank him out” of office where they have long believed he does not belong.  One needs not look any further than the impeachment process which is proceeding without a crime but is still searching for one.

No matter how one looks at it and from whatever angle, the whole thing smells. instead, positions have hardened further, lines drawn along party lines and still, there is no crime.  A the same time,  the impeachment fervor has lost supporting across the country while both independents and some Democrats are now aligning with Republicans against impeachment 47-45 percent and still growing.

On the bright side, impeachment notwithstanding, President Trump’s approval ratings have improved and so are his ratings and job approval.  Within a short span of a week, Nancy Pelosi and Democrats finally stopped stalling and removed  the more than 12-month stranglehold on the Trump legislative agenda.  Ironically, it took impeachment to finally break the  legislative dam and forced Democrats to work for the good of the nation and not their own political agenda for once.

All of a sudden Pelosi and the Democrats agreed to pass a Defense Bill that would see a creation of the Trump’s Space Force.  They also agreed to a Tax Bill that repeals three Obamacare taxes, a move that will dismantle the ACA program and they agreed to pass a spending bill to avert a government shutdown with no restrictions to fund the Border Wall and supports working families.

The same week, Democrats also passed President Trump’s signature trade deal with Mexico and Canada – the USMCA which not only will boost his standing in the next election but it will lead to more jobs and reduce unemployment.  Were it not for the push impeachment, these legislative agendas would not have been pushed and accomplished what was accomplished.

To sum it up, it was a great week for President Trump. Despite the impeachment proceedings, his popularity has risen and so is his support. His accomplishments are accumulating, the economy is booming and impeachment, regardless of the outcome, is backfiring and will backfire on Democrats come 2020.