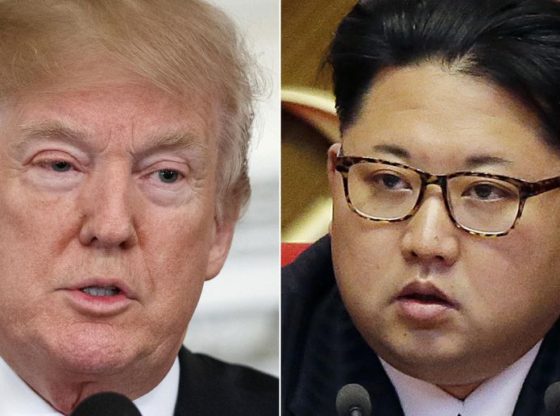 In an absolute diplomatic shocker to the world, President Trump has cancelled the highly-anticipated summit with North Korean leader Kim Jong Un which had been scheduled for June 12 in Singapore citing “tremendous anger and open hostility” to the U.S.by the North Koreans.

The unexpected announcement which came after new threats and ultimatums from North Korea rattled world markets and left world leaders in a tizzy.

Announcing the abrupt withdrawal from what would have been a historic, first ever face-to-face meeting between a serving American President and a North Korean dictator, President Trump sent an open letterto Kim which read in part:

“Sadly, based on the tremendous anger and open hostility displayed in your most recent statement, I feel it is inappropriate, at this time, to have this long-planned meeting.

“Please let this letter serve to represent that the Singapore summit, for the good of both parties but to the detriment of the world, will not take place.”

Pointing to the recent turn of events particularly an escalation of hostile language and threats to the U.S., Trump said to Kim, “You talk about your nuclear capabilities but ours are so massive and powerful that I pray they will not.”

In what may have been a subtle accusation of China’s role in what is becoming known as the “Chinese Angle”, in a not-so-subtly manner, President Trump on Wednesday cited secret meetings China’s Xi Jinping had with Kim Jong Un on May 8 and the changes in dialogue and relation that followed between Washington and Pyongyang thereafter.

That, notwithstanding, he maintained a cordial, conciliatory diplomatic tone to the Korean dictator.

“I felt a wonderful dialogue was building up between you and me, and ultimately, it is only that dialogue that matters,” adding, “In the meantime, I want to thank you for the release of the hostages who are now home with their families.”

However, President Trump does leave a diplomatic door slightly open towards the end in the hopes of salvaging the historic summit, saying to Kim, “If you change your mind having to do with this most important summit, please do not hesitate to call or write to me.”

He then ended the letter with, “The world and North Korea in particular, has lost a great opportunity for lasting peace…This missed opportunity is a truly sad moment in history.”

The cancellation of the summit, although an unexpected shocker, is not a surprise to many diplomatic observers.

The summit was already thrown into doubt after recent hostile comments towards the U.S. by top North Korean officials which culminated to one of their top diplomats on Wednesday evening calling the U.S. Vice President Mike Pence, a “political dummy” in an insulting letter.

The North Koreans also threatened the U.S. with “nuclear to nuclear showdown” if the Trump Administration did not give the rogue nation more respect.

However, in a later statement at the White House, Trump said he had spoken with his Defense Secretary Jim Mattis and further warned Pyongyang against any “foolish” and “reckless acts” of provocation saying the U.S. military stands ready to respond to any provocation.

“Our military is the most powerful in the world.  We are ready than we have ever been before,” warned Trump.

“We are ready than we have ever been before,” he said.

Below is the full letter from President Trump to Kim Jong Un.