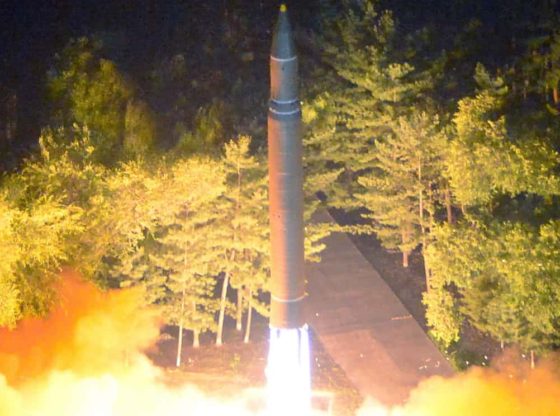 North Korea has launched a ballistic missile over northern Japan, according to a report from South Korean News Agency. This is the 18th missile fired by the North since the beginning of the year.

The unidentified projectile which comes at a time of extreme tensions in the region was fired from near Pyongyang.  The timing coincides with 10days of military exercises between U.S. and South Korean forces, a move the North sees as a preparation for invasion.

Japanese Prime Minister Shinzo Abe said his Government was taking all necessary precautions to protect its people and the country.

“We will make utmost efforts to firmly protect the lives of the people,” Abe told the media as he entered his office for emergency meetings on the missile launch.

According to broadcaster NHK, the government’s J-Alert warning system advised people in the north part to take shelter in their basements. There was no sign of damage at the time of the report.

This is the third time North Korea has launched a missile towards Japan.  The Japanese military did not attempt to shoot down the projectile reported to have passed over Japanese territory around 6:06 local time.

This is a developing story.