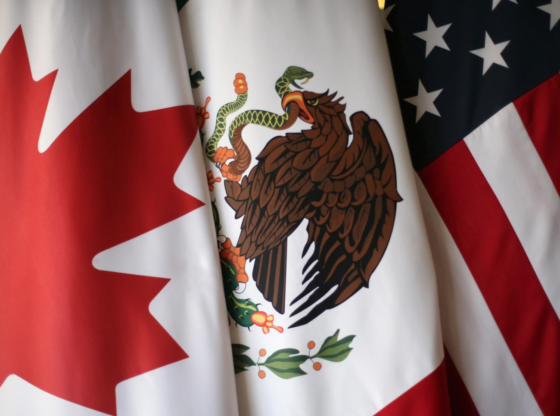 MEXICO CITY (Reuters) – Canada and Mexico will not make counterproposals to U.S. demands for tougher NAFTA automotive content rules but instead will offer rebuttals and pepper American negotiators with technical questions on Monday, people familiar with the talks said.

Canada will make a presentation arguing U.S. demands would cause serious damage to U.S. as well as North American automotive manufacturing, a Canadian source with knowledge of the negotiations said.

The rebuttal is expected to come on Monday as negotiators resume discussions on automotive rules of origin in the fifth round of talks to update the 23-year-old North American Free Trade Agreement between the United States, Canada and Mexico.

The Trump administration last month stunned its NAFTA partners by unveiling demands that half of the value content of all North American-built autos be produced in the United States and that the regional vehicle content requirement be sharply increased to 85 percent from the current 62.5 percent.

The demands are aimed at meeting U.S. President Donald Trump’s NAFTA goals of stemming the flow of U.S. car-making jobs to low-wage Mexico and reversing a $64 billion U.S. trade deficit with its southern neighbor.

“In terms of the automotive sector, the United States´ proposal is insane,” said a Mexican auto industry representative with knowledge of the talks. “You cannot counter-propose such madness.”

The Canadian negotiating team’s presentation will “provide information about how the U.S. rules of origin proposal for autos would damage the continental industry in general and the United States in particular,” the Canadian source said.

“If you move the content requirement to 80 percent, or even to a number lower than that, it will hit the supply chains. You would then have to deal with potentially ill-equipped suppliers that are maybe more expensive,” the source added.

A spokeswoman for the U.S. Trade Representative’s office on Sunday declined to comment on the talks.

Flavio Volpe, president of Canada’s Automotive Parts Manufacturers Association, also said Canada and Mexico would try to convince U.S. officials that the proposals would damage North American competitiveness and lead to fewer auto assembly and parts jobs on the continent.

Volpe told Reuters that his group has been briefing Canadian negotiators on the effects of the U.S. proposals. Its analysis found that even if some assembly operations are returned to the United States, these job gains will be more than offset by parts production moving to Asia and other low-cost production areas.

Many car manufacturers and parts makers will simply forego NAFTA free-trade benefits and pay the 2.5 percent U.S. tariff on many components, he added.

His U.S. counterpart, the Motor and Equipment Manufacturers Association, last month unveiled a study showing that the United States would lose up to 24,000 auto parts manufacturing jobs from higher NAFTA content requirements and up to 50,000 if NAFTA is terminated.

The Mexican auto industry representative said the country’s negotiators would likely ask more technical questions about the U.S. automotive content demands during discussions on Monday and Tuesday. The industry would not back down from its opposition to the U.S. proposal, he added.

Another source close to the negotiations said Mexico and Canada consider the U.S. proposal “unviable” and disagree with the concept.

“So we are not in a situation of being able to go over numbers. It is not about analyzing the figures that they put on the table and us returning with other figures,” the source said.