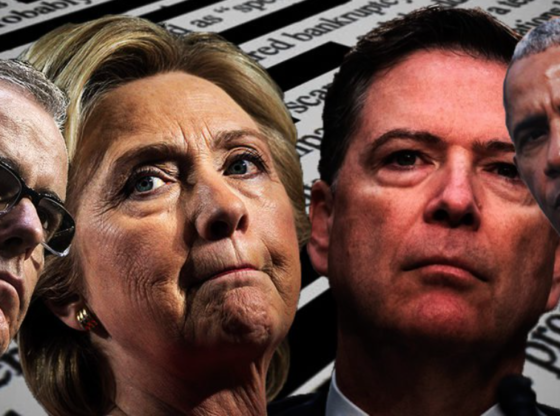 On Friday, the American people were forced to confront a fundamental political question that was first asked centuries ago by the Roman satirist Juvenal: Who shall guard the guardians? What to do when the tools meant to protect the people are used to harm them?

The memo released today by the House Permanent Select Committee on Intelligence is the first step in answering that question.

The memo’s central indictment is that top Obama administration officials knowingly and willfully used unverified information paid for by the Hillary Clinton campaign, some of which came from Russian intelligence, in a secret court document to justify a counter-intelligence investigation of the Donald Trump campaign during the 2016 presidential election.

This corrupt process later became the basis for a campaign to sabotage the incoming Trump administration and to fuel a witch hunt against the President.

According to the memo, high ranking FBI officials repeatedly sought, received and renewed Foreign Intelligence Surveillance Act (FISA) warrants to engage in surveillance of members of the Trump campaign during the election. These officials, including then-Director James Comey and recently removed Deputy Director Andrew McCabe, justified the warrant requests before the Foreign Intelligence Surveillance Court (FISC), in part, with information generated by Christopher Steele, who was working on behalf of Hillary Clinton’s campaign for the firm Fusion GPS. Steele’s main contact at the Justice Department was Associate Deputy Attorney General Bruce Ohr, whose wife was also employed by Fusion GPS as a Russia expert working on anti-Trump opposition research.

Mr. Ohr was well aware of Steele’s anti-Trump purpose and the unreliability of the evidence, but the court was told none of this. And, according to the memo, McCabe testified to the committee that without the Steele dossier no FISA “surveillance warrant would have been sought.”

Other critical background information was revealed in text messages between FBI agent Peter Strzok and his mistress FBI Attorney Lisa Page, who discussed with McCabe the now infamous “insurance policy” against President Trump.

The texts reveal a disturbing climate of anti-Trump bias among the investigators themselves that might never have been known since, as the Roman Juvenal also said, “the common crime keeps its silence.” But that was before texting.

The Nunes FISA memo gives insight into a systematic abuse of power that started at the highest levels of Barack Obama and his administration. Although the memo does not endanger National Security as had been suggested by Democrats, it does expose a national security threat, since the only proven Russian collusion that resulted in government action is that between FBI officials, the Clinton campaign, Fusion GPS and the Russian Intelligence.  Fusion GPS, and Russian intelligence.

The argument that the memo exposes classified information is specious, since nothing in the memo is classified. No sources and methods are exposed that are not already publicly known. And all these types of arguments distract from the central point of the abuse of power.

The memo has troubling implications for Robert Mueller’s inquiry. We now see that a network of conspirators abused government power seeking to undermine the electoral process and, failing that, to sabotage a president in a process that is still ongoing. The Mueller probe to the extent it was based on such an effort is fruit of the poison tree and should be suspended immediately.