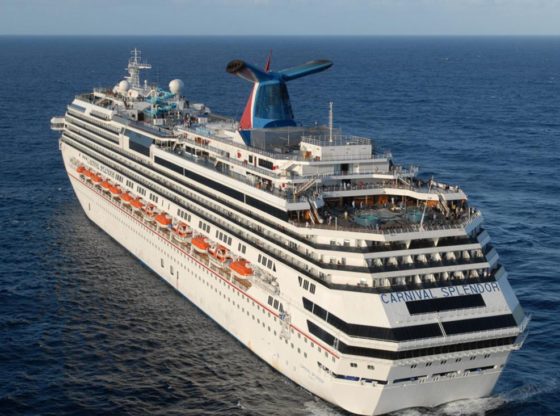 23 passengers from the same family were removed from a cruise ship in Australia after a violent, all-out brawl aboard a 10-day Carnival Line cruise in the South Pacific.

A video of the brawl taken on the ship shows passengers on the Carnival Legend tussling with each other as staff and members of Security tried to intervene. It also showed Security Officers kicking defenceless passengers who appeared to be on the floor.

The controversial scenes of Security Officers attacking passengers led to condemnations across the board forcing the company to respond.

“We have zero tolerance approach to excessive behaviour that affects other guests.  In line with this policy, we cooperated fully with local authorities in Australia to remove a large family group who had been involved in disruptive acts aboard Carnival Legend,” read a statement from Carnival Cruise Line.

“Our Security team responded in several instances to extremely unruly behaviour by these guests.  One particular altercation in the nightclub began when the group physically attacked other guests.”

Carnival Cruise Line also went on to state that, the “actions seen on the video by our Security team are not in line with our Carnival values and policies.”

Although the company in its statement indicated that, “The level of excessive behaviour experienced on the cruise was unprecedented,” both the cruise line and Police say investigations are still underway to ascertain what started the brawl.

An Australian radio station broadcasted another video showing Melbourne Police removing the rowdy men from the cruise ship as passengers cheered their removal.

According to NSW Police, the fight started much earlier on Friday morning, stating that, “About 1:30pm, six men and three teenage boys were removed from the ship at Twofold Bay, Eden.

“A further 14 passengers including women and children also left the ship,” read the Police statement.  “The group were transported to Canberra where other travel arrangements were made.”

Horrified passengers on the Cruise blamed one travelling party – the Barkhos family – for the trouble on the 10-day cruise.  Other passengers said the family got what it deserved when they were finally removed from the ship.

Some passengers who present during the brawl claimed that the Assyrian family from the Australian city of Melbourne were trying to start fights with specifically Australian travellers on the ship in what others say, would later lead to an all-out brawl on the ship.

Family patriarch and businessman, David Barkho, whose son George was on board the Carnival Legend denied claims his family  started the brawl.

“It’s all lies.  None of what is being said is true.  It’s all in the hands of our legal team,” said the senior Barkho, adding, “Members of my family are receiving medical attention at the hospital now.”

Another member of the family claimed trouble started when one of their party stepped on another passenger’s flip-flop on the dance floor which they quickly apologized for.

A Police spokeswoman said inquiries are still ongoing.  As of Monday, no charges had been laid against the accused family of alleged brawlers and that no one has been detained.

In response to the obvious PR disaster, Carnival Cruise Line issued an apology and a 25% compensation to passengers who were on board when the brawl took place.  Some passengers, however, are uhappy with the whole ordeal saying it ruined their vacation.