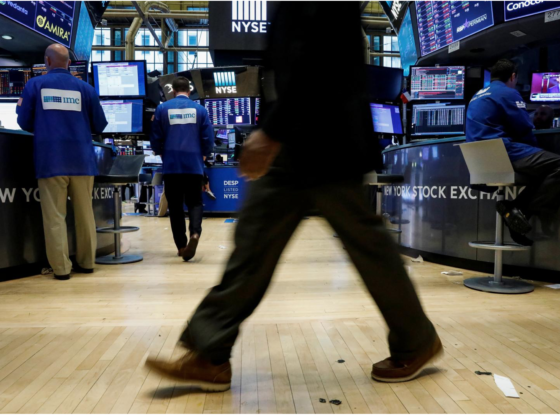 (Reuters) – A sharp selloff in technology stocks dragged down the Nasdaq by more than 1 percent on Monday, with North Korea’s latest warnings to Washington adding to the downbeat mood.

North Korea’s foreign minister said President Donald Trump had declared war on the country and that it reserves the right to take countermeasures, including shooting down U.S. bombers even if they are not in its airspace.

The comments pushed up demand for safe-haven assets, with gold rising 0.9 percent.

The CBOE Volatility index .VIX, a widely followed measure of market anxiety, gained 1.18 points to hit a 2-week high of 10.76.

The high-flying stocks of Facebook, Amazon, Apple, Netflix and Alphabet were down between 1 percent and 5 percent, dragging down the major indexes.

“I think we’re seeing more of a rotation out of some hot-flying tech names into small-caps, some of the names that may well benefit from tax cuts,” Hogan added.

The S&P technology index .SPLRCT slid 1.75 percent. The index, however, has climbed 22.6 percent so far this year, far outperforming the 11.3 percent gains in the broader S&P index.

Oil hit a more than two-year high after major producers said the market was on its way toward rebalancing, while Turkey threatened to cut oil flows from Iraq’s Kurdistan region toward its ports.

Investors are also awaiting a speech by Fed Chief Janet Yellen on Tuesday for more guidance on the monetary policy.

Allergan (AGN.N) was up 3 percent after the drugmaker authorized a $2 billion buyback of its shares and said its chief financial officer would retire.