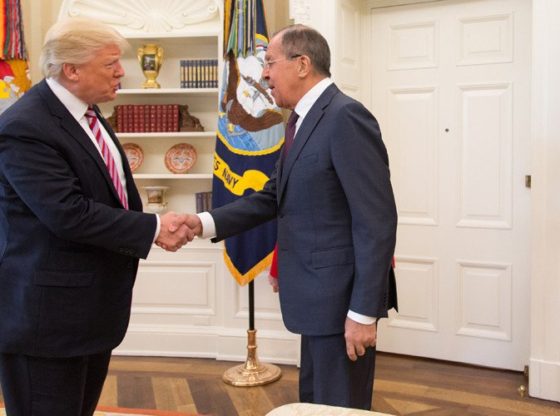 Some of America’s top intelligence officials are expressing frustration at the wave of media hysteria that has greeted reports that President Trump may have shared sensitive intelligence with top Russian diplomats last week, with some saying a handful of news organizations are guilty of hyping what amounts to a non-story.

Critics of the story, which has consumed official Washington, say President Trump was within his rights as commander in chief to share classified intelligence as he sees fit. They also say the criticism overlooks how President Obama and his top aides shared intelligence with Russia in the fight against the Islamic State group and faced several crises of their own with damaging intelligence leaks.

“People are making way too big a deal of this,” one senior U.S. intelligence official told The Washington Times on Wednesday after reports that Mr. Trump jeopardized a critical Islamic State intelligence source — reportedly cultivated by Israel — by revealing highly classified information to Russia’s foreign minister and ambassador during a meeting in the Oval Office.

“First of all, it was the Obama administration that started the policy of intelligence-sharing with the Russians about the specific problem of ISIS in Syria, and there was no secret that such sharing was going on,” said the official, who spoke only on the condition of anonymity. “Second, the president can say whatever he wants because he’s the president — assuming he said something sensitive, that’s entirely up to his judgment.”

Another former high-level intelligence official said social media and television news hype spawned by an article that The Washington Post published Monday smacks of hypocrisy, given the relative lack of public outcry over documented intelligence gaffes under the previous administration.

The most prominent incident was in May 2014, when the Obama administration inadvertently outed the CIA station chief in Afghanistan by including the operative’s name in a media pool report circulated to hundreds of reporters, including many from foreign news outlets. The incident triggered headlines across the U.S. media and derailed the career of a key American spy, but resulted in no firings or subsequent disciplinary actions.

Another high-profile gaffe involved a Hollywood movie about the secret raid that killed al Qaeda founder Osama bin Laden in 2011. The agency’s director at the time, Leon E. Panetta, discussed top-secret information about the raid to a group of Hollywood executives and filmmakers gathered for a ceremony in June that year at CIA headquarters.

According to Defense Department inspector general documents later obtained and published by the Project on Government Oversight, a Washington-based nonprofit organization, Mr. Panetta revealed the Navy SEAL unit that conducted the raid and “identified [its] ground commander by name.”

A 2012 incident involved classified information that Marine Gen. James Cartwright, serving as vice chairman of the Joint Chiefs of Staff, leaked to reporters about a covert cyberattack on Iran’s nuclear facilities.

The leak of the U.S. role in the Stuxnet computer virus triggered a Justice Department probe that ultimately led to a guilty plea last year by the former general for making false statements during a federal investigation.

Legal analysts — who spoke with The Washington Times before former FBI Director Robert Mueller was named Wednesday night as special counselor for the investigation of Russian meddling in the presidential election — say Mr. Trump’s reported revelations last week to Russian Foreign Minister Sergey Lavrov and Ambassador Sergey Kislyak would not have triggered such an investigation precisely because the revelations — if they occurred — were made by the president, the one U.S. official with the authority to declassify nearly anything he wants, whenever he wants to do it.

At best, the meeting with Mr. Lavrov and Mr. Kislyak, a key figure in the election meddling case, was poorly timed politically. Mr. Trump met with the Russians just a day after he fired FBI Director James B. Comey because of his handling of the Russia investigation.

The Post reported that President Trump “went off script” during his meeting with the Russians by describing details of an Islamic State threat related to the use of laptop computers on aircraft. U.S. officials learned about the details through intelligence generated by a foreign ally, the report said. “Most alarmingly,” said the newspaper, citing unidentified officials, “Trump revealed the city in the Islamic State’s territory where the U.S. intelligence partner detected the threat.”

The article was met by swift and stiff resistance from the Trump administration. National Security Adviser H.R. McMaster, who appeared hours after the story was posted online, said the article “as reported” was false.

The New York Times followed a day later with its own scope, claiming the classified information Mr. Trump had revealed was originally provided by Israel.

But Israeli Ambassador Ron Dermer told the newspaper for the same article that “Israel has full confidence in our intelligence-sharing relationship with the United States and looks forward to deepening that relationship in the years ahead under President Trump.”

Both the Obama and Trump administrations have sought ways to work with Russia in the fight against the Islamic State in Syria, even while opposing Moscow’s military support of Syrian President Bashar Assad in the country’s bloody civil war. The Post reported in June 2016 on an offer by Obama administration officials to “share Syria intelligence on terrorists with Russia.”

The senior U.S. intelligence official who spoke with The Washington Times on Wednesday said that despite the history of such sharing by the Obama administration, people are “making a much bigger deal” out of the situation now “because there’s so much public resistance with President Trump.”

“I can’t believe some of the reactions to this that I’ve seen on social media,” said the former high-level official, who also spoke on the condition to anonymity. The former official said the bombshell this week set off knee-jerk outrage among some career intelligence officials.

By Wednesday, the reaction was changing. The senior intelligence official who spoke with The Times said the focus had shifted from the president’s handling of intelligence to Mr. Trump’s abrupt dismissal of Mr. Comey and charges that the White House may have tried to impede the FBI investigation of the presidential campaign.

“It could be a legitimate question of whether there should be a deep inquiry into the extent to which the president has engaged in an obstruction of justice,” said the official. “But that’s a very different thing that what’s been dominating the headlines this week with hysteria about intelligence in the Lavrov-Kislyak meeting and questions over the president’s fitness to govern.”