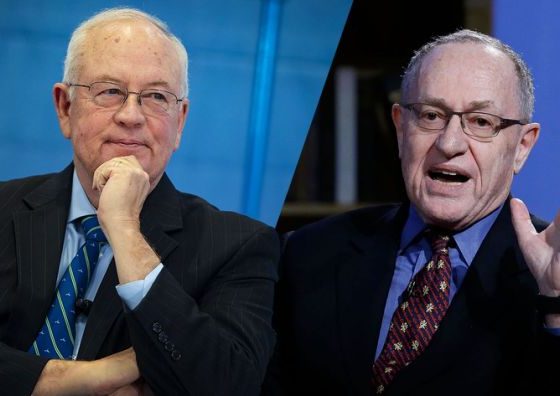 Alan Dershowitz is a well-respected Defense Attorney, legal scholar, Constitutional Expert and former Harvard Law School Professor emeritus known for defending high profile clients among them O.J. Simpson and Jeffrey Epstein. Ken Starr was the hard-charging Independent Counsel whose investigation of Whitewater and then President Bill Clinton led to his impeachment in 1998. Robert Ray was Ken Starr’ successor at the Office of  Independent Counsel who wrote the Final Report of the Clinton Impeachment.

According to a statement from Dershowitz’s office, the Professor “will present oral arguments at the Senate trial to address the constitutional arguments against impeachment and removal,” adding that, while he is “non-partisan when it comes to the Constitution,” he is opposed to President Trump’s impeachment as he was opposed to that of Bill Clinton.

Leading the team will be White House Counsel Pat Cipollone, alongside Trump’s outside attorney, Jay Sekulow who is expected to deliver statements on behalf of the President on the Senate floor. Jane Raskin, a long-time personal attorney for Trump and former Florida Attorney General, Pam Bondi are part of the legal team that will represent President Trump during the Impeachment Trial.

On Saturday, the House Democrats will submit their legal brief to the Senate by 5:00 pm deadline.  On Monday, the President’s Defense Team is supposed to submit their legal brief by 12:00 noon deadline while the House Dems will submit its rebuttal by Tuesday 12:00 noon deadline.  The Opening Arguments for the trial are scheduled to begin at 1:00 pm on Tuesday.

President Trump couldn’t have picked a better team, one which surely will send shivers down the spines of the Democrats who had anticipated removing Trump from office.  This selection also sends a strong message to that the senate is where the highly-partisan, politically-charged Democrat impeachment narrative driven by the media is where it all ends and hopefully, dies for good!

The Articles of Impeachment have been handed over the Senate, the Chief Justice and Senators sworn in, the historic trial is set to start. All 100 Senators are required to be present and listen to the seven House Dems Impeachment Managers present their case before the Senate.  The big question on the issue of witnesses still remains.  This is the third impeachment trial of a seating U.S. President in history and in this century.

Facebook Comments
FULL TRANSCRIPT: President Trump’s Address To The Nation After Iran Missile Strike
Impeachment Trial Now In The Hands Of The Senate