What A Monumental Week! 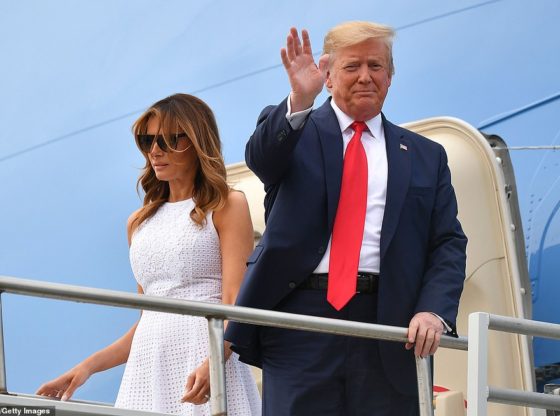 The month of November is so far, proving to be a great success for the Trump Administration from the onset despite the endless impeachment noise from the Left and their media allies.

The first week was quite a monumental one for President Trump and The White House.

A brief look at the first week in review and what was accomplished.

On the foreign policy front, President Trump scored a huge victory and major accomplishment when he took out the world’s most wanted terrorist who had a $25 million bounty on his head, that is, inspite of the democrats impeachment noise shutting down everything.

Abu Bakr al-Baghdadi was tracked to his hideout in northern Syria where he was cornered and when there was no way out, he chose the easy and cowardly way out by blowing himself up together with three of his young children.

President Trump also enjoyed successes at the domestic policy front with a booming economy and the lowest unemployment numbers and highest employment figures in history.   African-Americans and Hispanics are seeing record low unemployment numbers . For the first time in decades, the middle class is succeeding under the Trump presidency .

Seeing that they can’t impeach a roaring economy, Democrats have chosen to impeach a successful President instead.

While the country is winning, Democrats are trying to create chaos, confusion and uncertainty with their push to undo the 2016 Presidential Election with their impeachment hysteria.  What they are trying to do is to create a false narrative as well as an appearance that there is so much chaos surrounding this President.  In any case, the public isn’t buying any of that and they are sticking by the President.

While the week ended on a high and positive note for the Administration and the President, the impeachment nightmare is just the beginning of the disruption and chaos Democrats are willing to cause all in the name of getting back the power.