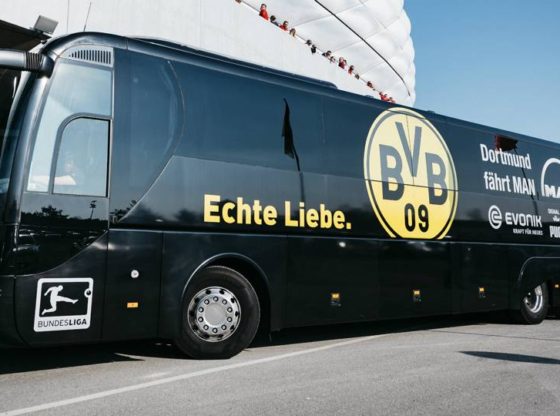 3 explosions have occured in and around the bus carrying German football team Borussia Dortmund to a home Champion League match.

Spanish defender and international player Marc Bartra was injured and has been taken to hospital.  His injuries are reported not to be serious.

The team tweeted in German that other players are safe and there was no danger in or around the stadium.

The game has been postponed by 24 hours until Wednesday.  The stadium has been cleared and surrounding evacuated.  AFP News Agency reports that the bus’s windows were broken in the blasts.

North-Rhine Westphalia Police say they were at the scene.

This is a developing story.