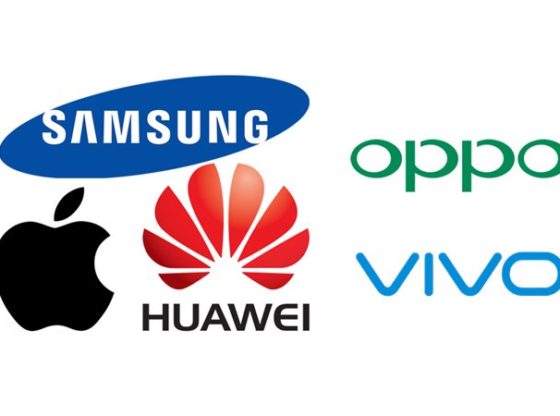 While Apple must convince buyers to fork out nearly $1,000 for its high-end model, challengers are tilting at the luxury market, offering similar features for less money.

Chinese vendors, formerly seen as churning out cheap phones with copycat innovation, have upped their quality game and now control nearly half the global mobile market. By cramming high-end features into affordable devices, and using a canny mix of promotion, advertising and retail reach, they have also won over some loyal Apple users.

“Huawei is seen as a relevant competitor to Apple and Samsung (by) covering all major price points and placing big investments in marketing and sales,” said a spokeswoman for MediaMarktSaturn, Europe’s biggest electronics retailer.

She said Huawei, ZTE, Lenovo and TCL – all Chinese firms – were among the top-10 best-selling smartphones in its stores.

Chinese manufacturers’ rapid growth has been fueled by strong domestic sales, but they now export 40 percent of their smartphones, almost double the number just three years ago, according to CLSA.

Huawei, whose smartphone shipments to Europe jumped more than 50 percent in the first half of this year, is poised to overtake Apple as the world’s second-largest vendor.

The Chinese firm’s confidence was on show in a short Facebook video ad ahead of its “RealAIphone” launch next month, using a clown to poke fun at Apple’s facial recognition feature that unlocks the new iPhone.

Huawei plans to unveil its top-of-the-line Mate 10 phone on Oct. 16, with artificial intelligence-powered features such as instant translation and image recognition. And media reports speculate the phone will have an edge-to-edge screen, and undercut the iPhone on price. Huawei declined to comment.

With their growing scale and the flattening of hardware improvements, other Chinese firms are also looking to crack the high-end smartphone market.

Xiaomi, for example, unveiled a full-screen phone this month that features a sleek, all-ceramic ‘unibody’ design and 12-megapixel front camera. The special edition Mi MIX 2 retails for $720. Also, Xiaomi, Oppo and Vivo are working with Qualcomm to embed ultrasound sensors under smartphone screens to improve the touch function.

Apple declined to comment beyond what their executives have said publicly about why they hold off on certain technologies.

To be sure, Apple maintains a healthy market share lead over Chinese rivals in the premium segment, and few experts see Apple fans switching from the iPhone X to Huawei’s Mate 10.

“The biggest challenge they (Chinese firms) face would be proving to consumers their products and brand are worth paying that much for,” said Xiaohan Tay, an analyst at research firm IDC.

“Apple has taken years to build that premium brand image, and Samsung too. If they can pay a little more to purchase an Apple or Samsung phone, most consumers may still continue to do that.”

In the $600-plus segment, Apple has 63% market share, against just 3% for Huawei, and the U.S. firm’s retention rate of around 82%, versus Huawei’s 52%, suggests it will be tough for Chinese firms to raise their prices, according to UBS.

The average selling price of smartphones from the top-3 Chinese makers – Huawei, Oppo and Vivo – is just $248, or two-thirds less than the cheapest iPhone 8.

Yet experts say the threat of competition is real, especially as buyers pay more attention to smartphone apps than hardware features.

“How much impact would a $1,000 iPhone really have on UX (user experience) of WhatsApp, or YouTube, or Snapchat?” said Sameer Singh, founder of research firm Tech-Thoughts.

“The most popular apps being available on both platforms (Apple’s iOS and Google’s Android) really makes the experience a bit of a wash, making it harder to justify the price point based just on features. This isn’t all that different from the PC industry 10-20 years ago. At one point, a PC was a PC irrespective of the manufacturer.”