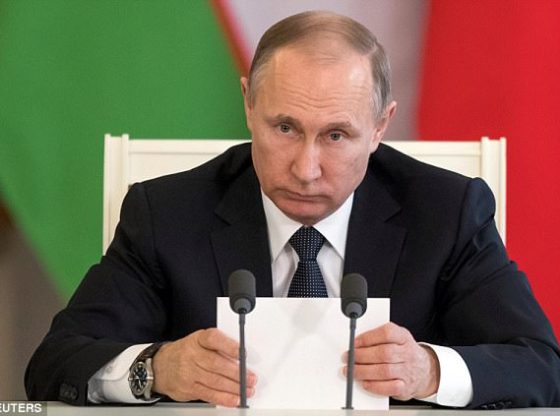 While people and political pundits in America and Canada watched in aghast the breaking news of U.S.military airstrikes in Syria, the rest of the world woke up in shock to this news.  In total reversal of his anti-military, ‘non-intervention’ stance, Trump has both shaken and shocked the world with this targeted military strike.

This sudden shift in Trump’s non-intervention position attributed to chemical attacks against civilians earlier this week is also raising questions as the overall strategy.  So far, the response from the American public is mixed, with most of Trump supporters feeling a bit let down and somehow betrayed.

The response from around the world is also mixed.  Israeli Prime Minister Benjamin Netanyahu leads worldwide praises by labelling the pre-emptive airstrikes as a “strong and clear message”.  He affirmed his country’s strong support stating, “Israel stands in support” with the U.S while also sending a warning to Iran and North Korea where leaders in both countries have ignored warnings against use of nuclear weapons.

Russian President, on the other hand, has reacted strongly to the attacks accusing the U.S. of “illegal act of aggression” and violating state sovereignty.  He warned of a serious damage to relations with Washington which are at an all time low and accused America of serious breach of International Law.

Britain also voiced its support for the attacks with 10 Downing Street stating,  ‘The UK Government fully supports the US action, which we believe was an appropriate response to the barbaric chemical weapons attack launched by the Syrian regime, and is intended to deter further attacks.’

Both Iran and Syria condemned the attacks, with Syrian TV going further to call the military strikes an “act of aggression” which had led to ‘losses’.  Turkey on the other hand has praised the action as a “positive move”.

This story is developing and will be updated as changes occur.