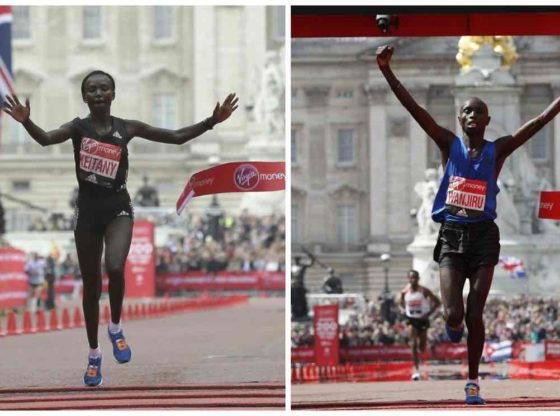 Mary Keitany broke the world record to set a new women’s only record in the process to win the Elite Women’s race in 2:17:01.  The 35-year old broke the 12-year old record held by Paul Radcliffe in the quickest ever time since men and women started racing separately.

24-year old Daniel Wanjiru held off a last-minute challenge from legendary long distance runner Kenenisa Bekele to win the men’s elite race at the London Marathon in 2:05:48.  This was Wanjiru’s first ever London Marathon.

The long-distance legend, Kenenisa Bekele holds the 5,000m and 10,000m world records in addition to 8 other Olympic and world titles.

This was Wanjiru’s biggest victory of his career having previously won the 2016 Amsterdam Marathon.