Zim Election: No To MDC, They Destroyed Zimbabwe 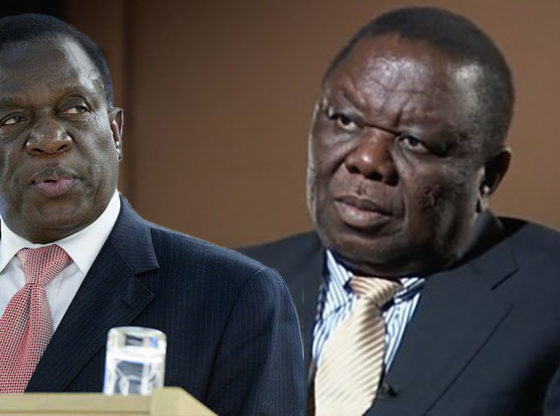 The current heated discussion on who should govern Zimbabwe and take the country forward is a welcome one.  However, at a time of political confusion as this, with emotions running high, politicians are exploiting people’s desires for change for their own political expediency and not advancing the interests of the country.

With talks of elections dominating every discussion, there is growing consensus among Zimbabweans on key issues relevant to the current political environment.

At the top is an overwhelming consensus that the illegitimate military dictatorship of Emmerson Mnangagwa must fall.  People want it gone and removed from power by whatever means necessary, even if it means a counter-coup by the people to restore sensible, democratic civilian rule.

There is also an agreement that the MDC is not the right party to take Zimbabwe forward considering their history of epic failures.  People cite their unproductive tenure that was dominated by corruption and scandals as well as their inability to govern during the power-sharing government.

When it comes to the MDC and their bid for the presidency, there is a feeling of disgust towards a party they see as responsible for the nation’s economic malaise which contributed to their continued economic suffering.  They blame its leadership for lobbing for and getting sanctions imposed on the country.

The more people you talk to, the more evident it is that many are not yet ready and willing to reward a party they feel destroyed their lives, but also a party the feel betrayed them and their country.

In addition to corruption, the inability to govern and a party that is seen as in constant disarray, ZIDERA (2001) which remains an economic albatross on the country’s economic progress and recovery is being cited as the main reason.

Unfortunately, lobbying for sanctions and succeeding is one of Morgan Tsvangirai’s many legacies that will forever haunt and follow him even in his afterlife.

Furthermore, the MDC through ZIDERA handed the United States a very powerful domestic and foreign policy tool to be used as a bludgeon on all things pertaining to Zimbabwe.

With that in mind, it is impossible to see how MDC and any of its offshoots can ever gain the trust of the people they condemned to economic suffering in what can simply be described as a colossal, unpatriotic betrayal of Zimbabwe and her people.

In addition to anger and frustrations at the current system, people are concerned with what they see as a growing political culture of intimidation and violence espoused by both the Mnangagwa and MDC political camps.

One need not go any further than the recent violence witnessed at Tsvangirai’s burial ceremony in Buhera last Wednesday. MDC Vice President Thokozani Khupe together with the party’s secretaries, Douglas Mwonzora and Abednico Bhebhe, were physically assaulted and could have been burnt alive inside a hut where they had sought refuge had it not been for Police intervention.

Furthermore, the public assault of a female official says a lot about the embedded culture of violence within the structures of MDC that started under Morgan Tsvangirai’s leadership, a trend now embraced by Chamisa.

Under the Mnangagwa military dictatorship, targeted violence and intimidation have become hallmarks of the system whereby dissenting voices are targeted, branded as unpatriotic, arrested and purged from the political field. There is a growing list of victims most of whom are G40 members as well as activists from Matabeleland.

Chamisa Not The “Joshua”

With elections coming, it is important to quash any notion that the young, politically-immature and still inexperienced Nelson Chamisa is the political “Joshua” of our time as some political zealots within his party would like to equate.  However, common-sense should also dictate that proponents of this young charlatan review his ascendency to power and how he came about it.

His playing fast and loose with the party’s Constitution, a blatant disdain for the rules and norms as they exist, following in the footsteps of his mentor and predecessor Morgan Tsvangirai is what Zimbabweans are rejecting and do not need in their new future leadership.  Once again, Tsvangirai set a bad precedent for future leadership within his own party, another legacy that led to the destruction of a once vibrant opposition party.

The political awareness among Zimbabweans should not be underestimated by any political party or politician because doing so would not only be political foolishness but political suicide.