Now That Zimbabweans Know They Were DUPED, What’s Next? 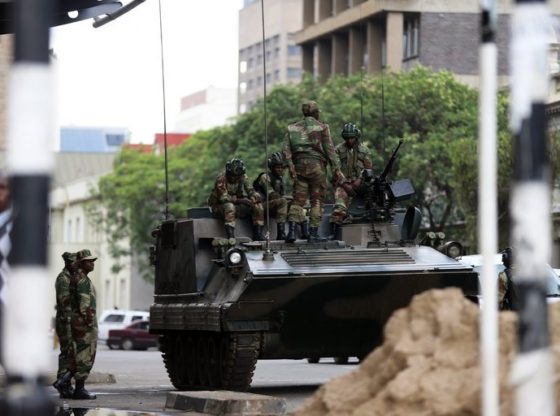 Now that Zimbabweans across the board acknowledge to being duped into backing a military coup disguised as a democratic grassroots movement to oust President Robert Mugabe and illegally usurp power, the question is, what’s next for the country?

Emmerson Mnangagwa’s military dictatorship is already unpopular because of the unconstitutional manner by which it came to power.  Furthermore, his recycled cabinet is also compromised because of who it is comprised of: corrupt political opportunists, thieves and career politicians who were already hated and some, were thrown out of government by then President Mugabe.

Zimbabweans need to also realize that complaints, recriminations and lamentations over what has happened are futile.  It is time to stop complaining, to regroup and galvanize for the long fight ahead.  Although not easy, it’s time to accept, albeit reluctantly, that at least for now, the country has been taken over by a military junta whose desperation for political power and influence would have stopped at nothing to get their way.  That is who and what they are dealing with.

As people slowly get used to the military dictatorship, they risk forgetting that Mnangagwa’s exhibited authoritarian tendencies are both dangerous and disturbing.  His style of governing is not acceptable hence it should be resisted and not normalized.

There is great danger that comes with normalizing this form of governing style. The most important thing is never to normalize the Gukurahundist Emmerson Mnangagwa and his illegal military dictatorship which illegally usurped power and played the Zimbabwean people for suckers.

The last thing Zimbabwe needs is to be lulled into a false sense of normalcy or something akin to “business as usual” because that is exactly what they will do.  Furthermore, there should be an awareness that any resistance or opposition against the  illegal military junta and their puppets in power will be branded by all sorts of names for refusing to normalize the current status quo.

There is a lot that opposition parties and their local supporters, civil organizations and advocacy groups  as well as Zimbabweans in the Diaspora can do to ensure that the military junta is not normalized.  What is needed is a unified force for the blocking strategy to be effective and have maximum impact.

People must also speak out loudly and vociferously everyday – through the media, public gathering or rallies as well as through other forms of alternative media like blogs and social media outlets such Facebook, Twitter, Instagram, etc.

Zimbabweans are used to peaceful protests. They will once again need to galvanize the masses to protest continuously and relentlessly.  Protests are a powerful tool that is key to the anti-normalization process and to the weakening of usurpers and political opportunists in power.  These non-violent protests should be loud and persistent to make it impossible to hide from or for them to govern.

Most importantly, rhetorical and financial support will be needed to give to those organizations that will step in to assist in the anti-normalization struggle ahead.  Such is the step and needed devotion if power is ever to be wrestled and taken back from the usurpers.

With the illegitimate ruling Mnangagwa-Chiwenga cabal already dispersing its minions in the media to try and sanitize the military coup by presenting themselves as liberators and “on the side of the people”, a counter-narrative can equally and easily be launched by Zimbabwean from anywhere across the Diaspora.  Disgruntled Zimbabweans can easily dislodge the propaganda campaign that is trying to normalize the illegitimate military dictatorship by offering their own narrative that is pro people and anti the status quo .

Alternative media is key to anti-normalization process. Zimbabweans everywhere can take to social media platforms and use hashtags such as #DontNormalize #RemoveMnangagwa #NoToZimCoup #NotMyPresident or any other catchy hashtag to bring attention to the cause and shame the usurpers.

Call out the media that tries to normalize the illegal military junta in power or those outlets that don’t condemn the extreme nature of their operations including targeting people and vendors.  Write to the editors, name and shame them in other alternative media outlets. Force your elected officials to resist any agenda or action that would normalize the Mnangagwa-Chiwenga military dictatorship in power. Most importantly, reach out to your friends and family and all your contacts on social media and encourage them to do likewise.

Whether one has heard about it on social media or people talking about it, there is a growing resistance movement against Mnangagwa since he illegally ousted President Mugabe and usurped power.

The ruling Mnangagwa-Chiwenga cabal is weak and can easily be defeated if a united opposition together with the G40 come together in huge numbers on election day. A divided ZANU (PF) is the best recipe for defeat in the 2018 General Election provided G40 assumes an official opposition status and aligns with other groups to take out this creature.

The strategy writ large is to have and field good candidates with sufficient resources to challenge the incumbent party and eventually take out Mnangagwa and his securocrats in charge.

There is so much to do with not enough time. Zimbabweans cannot lose this fight as the soul of our country is on the line and depends on our success.  While this may be the beginning, it is what is needed to take back power from the military and give it back to civilian rule, a government “For the people; by the people.”

None of this will be easy.  Zimbabweans must act quickly to derail the quick advancement of Zimbabwe into a full-fledged military state like other countries in Africa. Now that they have their claws in government, it will take tremendous courage to stand up to them, not with guns but with our voices, the collective might of our resolve and votes as this is a fight we must not lose.