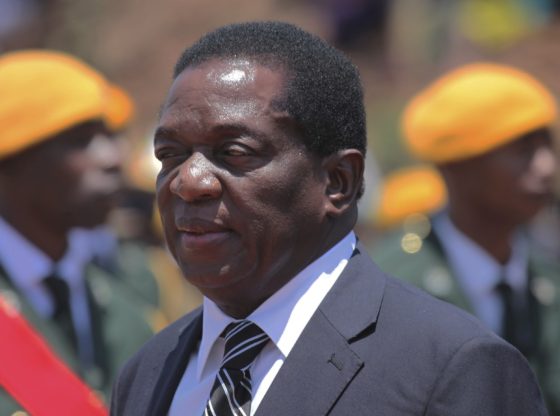 Robert Gabriel Mugabe resigned as President and Head of State of the Republic of Zimbabwe on Tuesday after 37 years on the helm.  The unanticipated resignation which was announced by the Speaker of the House of Assembly shocked many around the world but mostly in Zimbabwe and across Africa where his ideology of economic freedom and emancipation has found a new following among the young Mugabe disciples.

The 93-year old statesman who is still respected across Africa and among some Zimbabweans as an African Liberation icon and hero had defied numerous calls from the military and his ZANU (PF) party to step down since the ousted Vice President Emmerson Mnangagwa and General Chiwenga’s backed coup seized power.

The two co-conspirators and accomplices, General Chiwenga and Emmerson Mnangagwa are long time friends with deep-rooted bonds dating back to the liberation struggle, a bond which saw them finalize the military coup disguised as constitutional.  The coup to oust the Commander-In-Chief of the Zimbabwe Defence Forces, President Robert Mugabe, from power. was dubbed the “con coup”  as in ‘constitutional’ in order to give it legitimacy.

The Resignation Letter was hand-delivered to Speaker of the House Assembly Jacob Mudenda on Tuesday evening at the Harare International Conference Centre where party members had gathered for deliberations.  The Speaker then read out the letter to shocked members who later burst out in celebration at the content.

The letter read as follows: “I Robert Gabriel Mugabe in terms of section 96 (1) of the Constitution of Zimbabwe hereby formally tender my resignation as the President of the Republic of Zimbabwe with immediate effect.”

Without getting into much detail, the Resignation Letter then affirms President Mugabe’s “Zimbabwe First’ philosophy of always looking out for, and putting Zimbabwe and Zimbabweans first as the reason for tendering the resignation as indicated below.

“My decision to resign is voluntary on my part and arises from my concern for the People of Zimbabwe and my desire to ensure a smooth, peaceful and non-violent transfer of power that underpins national security, peace and stability.”

In other words, President Mugabe whose entire political existence had been dedicated to the defence of Zimbabwe and Zimbabweans tendered his resignation as a last selfless act to avert a catastrophic and further escalation of the crisis in Zimbabwe unlike the South Sudanese-style protracted conflict.  The newly-independent, small African nation is yet to recover from the protracted conflict that has consumed it.

The similarities between the two cases is uncanny in that both involve disgruntled Vice Presidents – Riek Machar of South Sudan and now, it is Zimbabwe’s Emmerson Mnangagwa.

Both Vice Presidents did not accept their dismissals therefore sought leverage through forced coercion using military means to get back what they think is theirs and therefore deserve.  They wanted to remain in the political game where they can have power and assert control.

It is also imperative to note that both men, in the selfish pursuit of their own political ambitions, did so without considering the risks on the countries and populations they purportedly claim to love and want to represent.

To save and protect Zimbabwe from a scourge of a protracted civil war and with Gukurahundi still fresh in the minds of many Zimbabweans, the elderly statesman gave up what he loved the most and had dedicated his entire life for: politics and all the thrill that goes with it.

The Resignation Letter then ends without naming a successor, one may suspect, a deliberate omission that may throw the issue of future succession within the already fractured ZANU (PF) into chaos.

“Kindly give public notice of my resignation as soon as possible as required by Section 96(1) of the Constitution of Zimbabwe,” concluded the letter.

According to Section 96(1) of the Constitution of Zimbabwe detailing the resignation of either the President or his/her Vice President,

“The President may resign his or her office by written notice to the Speaker who must give public notice of the resignation as soon as it is possible to do so and in any event within twenty-four hours.”

It then further stipulates that according to the Constitution, the Speaker of the National Assembly must “make sure that proper legal processes are put in place so that the country can proceed forward with a President in place and this should be done no later than 24 hours of the resignation.

News of the resignation which marked the end of a Mugabe-era sparked scenes of jubilation on the streets while many Zimbabweans, cautious of the entire development stayed indoors.

Uncertain times lie ahead for Zimbabweans and the joy may be short-lived.

While President Mugabe’s forced sudden departure from the political space he had occupied uninterrupted for almost four decades may have been long overdue, it nonetheless brings with it trepidation and uncertainty as the silent majority that did not come out are fearing the unknown.  The anger on the surface of those Mugabe supporters who feel wronged should never be dismissed, made light of or even underestimated.

The coup-plotters led by axed Vice President Emmerson Mnangagwa and General Chiwenga may have deceived the masses to successfully depose Mugabe from power but the fundamental question remains.  What next?

Also important are the questions: How long can the Mnangagwa-Chiwenga cabal hold on to that power which they plotted, connived and usurped after coercively deposing the only glue (Mugabe) that has held together for decades ZANU (PF) and one might add, a very tribalistic nation?

As Zimbabweans rejoice, the world rejoices with them but albeit with cautious optimism on the unknown future of the post-Mugabe Zimbabwe.