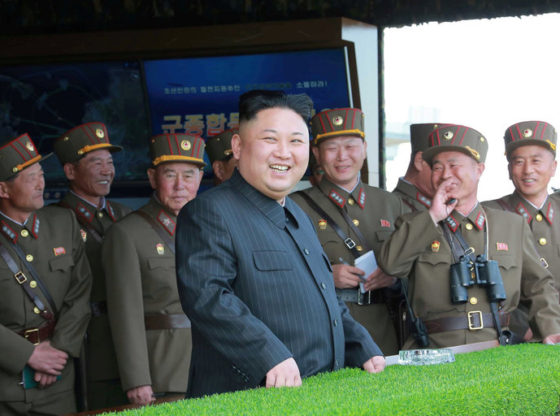 North Korea has accused CIA of a failed assassination attempt at their leader Kim Jong-Un using a biochemical agent.  Pyongyang claims the United States “corrupted and bribed” a North Korean citizen who had contacts with South Korean spies to carry out the plot.

According to a statement from the country’s Ministry of State Security that was broadcast on its state-controlled media, North Korea will “ferret out and mercilessly destroy” what it labelled as “terrorists” within the CIA and South Korean intelligence agencies.

The allegation is that South Korean Intelligence Services (IS) together with CIA, “ideologically corrupted and bribed a North Korean citizen surnamed Kim” who worked in Russia to carry-out the biochemical attack on Kim Jong-Un, said the statement.

“They told him that assassination by use of biochemical substance and nano poisonous substance is the best method that does not require access to the target, their lethal results will appear after six or twelve months,” read the statement that was broadcast on Friday.

The alleged hitman was later described by officials as “human scum” who was paid an at least $740,000 including satellite transceivers, equipment and other materials.

After KCNA gave lengthy details about the alleged ‘hatched vicious plot’ that was and how it was supposed to have taken place during public events, there were no details on how the plan was uncovered or the fate of Kim, the hitman.  It also said the assassination could never be accomplished.

The Ministry then vowed to launch an “anti-terrorist” attack against its neighbour South Korea the United States for plotting the assistant attempt.

“We will ferret out and mercilessly destroy to the last one of the terrorists of the U.S. CIA’ and South Korea’s National Intelligence Service ‘targeting the dignity of the DPRK supreme leadership,” the Ministry’s statement read.

“A Korean-style anti-terrorist attack will be commenced from this moment to sweep away the intelligence and plot-breeding organizations of the US imperialists and the puppet clique.”

While the CIA has a notorious history and long record of covert assassinations of foreign political leaders like in Africa and Latin America, such operations were scaled back after a Senate Inquiry exposed the activities in the 1970s.  The US still engages in what has come to be known as ‘targeted killings’ like former late Presidents Saddam Hussein and Muammar Gaddafi.

The war of words between the reclusive state and the United States has ratcheted in recent months as North Korea is beginning to feel the pressure from the military buildup in the Peninsula.  Pyongyang has chosen to respond is in the same of heightened bellicose rhetoric and threats of continued nuclear tests, actions that will further inflame tensions in an already volatile region.